This online shop is using cookies to give you the best shopping experience. Thereby for example the session information or language setting are stored on your computer. Without cookies the range of the online shop's functionality is limited. If you don't agree, please click here.
to overview
Previous product
Product 5 of 11
Next product
Sundtek MediaTV ATSC is a hybrid USB TV Tuner which supports american analog TV, FM Radio as well as ATSC and ClearQAM.

This tuner can be used to receive analog and digital broadcast television in Canada, USA and South Korea

The linux drivers are generic. This means that our drivers don't need to be compiled to work on certain systems since we are using the generic Linux USB interface - this is a very unique and handy feature. Also the Linux drivers support streaming the ATSC device to Windows and register a virtual BDA Network driver which then can be used with Windows Mediacenter or other applications. The driver installation on any kind of Linux usually takes around 10 seconds only.

- Supports Dreambox, XTrend, VU+ and many more Engima2 Settopboxes (no kerneldrivers are required!)
The driver is translating the ATSC stream to DVB-T 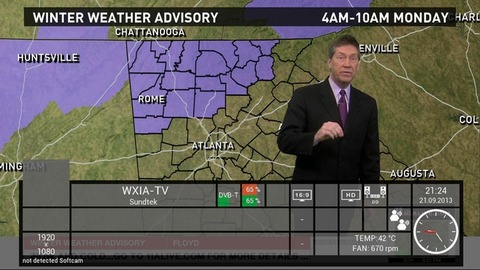 The tuners are engineered and manufactured in Berlin, Germany. Direct technical support (Windows/Mac/Linux) from our engineers is also available. Our Support can be contacted via:
* Skype Chat (sundtek)
* IRC irc.freenode.net #sundtek
* Webchat (http://chat.sundtek.de however Skype is preferred, we are not constantly monitoring the Webchat)

We'll inform you if the price of this product will be changed according to your price alert.

Review product
You have to be logged in to write a review.
No review available for this product.

Customers who bought this item also bought one of the following products.
Sundtek Online Shop